Personnel who work in animal research laboratories require different kinds of protections than people that work in other biological clean rooms. If you work with infectious agents that are grown in a dish, for instance, the protocols for handling these agents are much different than they are when dealing with animals. The opportunities for exposure to infectious agents, including aerosolized infectious agents, is much higher when dealing with animals that can move around in unpredictable ways. Even in clean rooms that deal with low-level biological risk, the safety of the workers and the animals requires careful design. A directional air flow system is an important part of a well-designed animal research clean room. 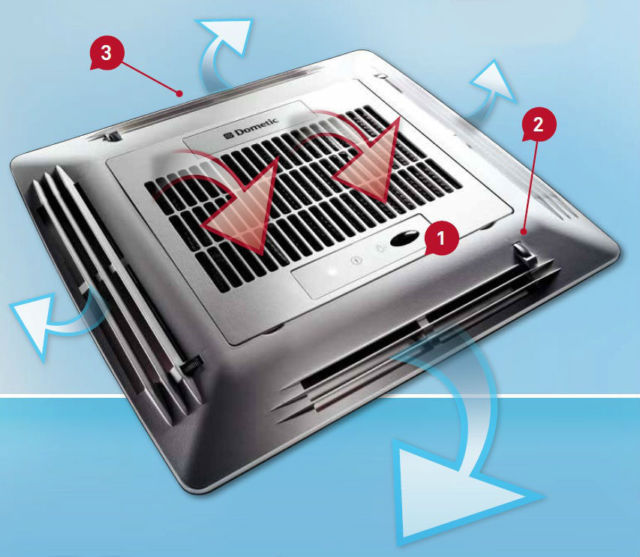 Directional Air Flow Is Part of an Overall Strategy
Whether you’re designing the spaces that will hold the animals, or the laboratories where they’ll be examined, the purpose of a directional airflow strategy is to keep air circulating constantly from the areas that represent the least hazard to the areas that represent the most hazard. Inward directional flow alone provides important benefits to any bio-containment strategy, but it needs to be part of an overall design that keeps workers and the animals they deal with safer.
In laboratories that only require Biosafety Level 1 or Level 2 precautions, directional air flow is useful but not always necessary. Level 2 laboratories must limit access to the work area whenever experimental procedures are being conducted, and the easiest way to accomplish this is a physical separation from other areas. This lends itself to using directional air flow, because the air in the laboratory must be filtered and exhausted to the outside, and it’s fairly straightforward to provide the proper ventilation to an enclosed area to accomplish some level of directional flow.
When Biological Level 3 facilities are being set up to perform animal research, the need for directional air flow is no longer optional. In addition, companies like Phoenix Controls recommend a series of best practices that make sure that the directional flow of air isn’t interrupted by the normal passage of workers in and out of the area, and by movements of personnel that are already inside the contained area.
Careful Design of Anterooms Is Important
Doors leading in and out of a BSL-3 laboratory are required to have small gaps that produce a comparatively high air velocity moving through these gaps. It’s normal for the area directly outside the area where the animals are handled to function as an airlock anteroom, with widely spaced doors leading in and out of the space. This ensures that the first door is fully closed by the time the second door is opened. Turning this antechamber into a dressing room for putting on clean room garments and other protective gear is a common practice. This also provides a way to deal with the turbulence generated when a person moves through a conditioned space. If a person entering or exiting the clean room pauses to put on or remove their protective clothing, it can give the air in the antechamber room to settle after the movement of the entry doors is over.
Encourage Desired Behavior With Good Layout
The layout of an antechamber that naturally encourages workers and visitors to pause before passing through more than one step in the chain of conditioned space works well under normal conditions, and requires no official protocol training for personnel to understand. However, in the event of an undesirable event, like a release of an aerosolized bio-contaminant, it would be better if personnel didn’t rush out of the containment area and directly into unconditioned areas. Areas outside the directional air flow areas will not have stringent HEPA filtration of air, and there will be a great deal of mixing of boundary air if everyone goes through both doors to escape the clean room.
A protocol to keep everyone in the airlock between the clean room and the unconditioned space while a determination can be made of the severity of the exposure is wise. This would require that this buffer room be large enough to hold everyone that works in the laboratory at the same time. It would also be wise if there were a phone line in the clean room dressing area so that employees could signal for help without leaving the room and entering unconditioned space. A large, boldly lettered sign on the back of the last door between the clean room antechamber and areas outside the directional air flow with instructions on what to do in case of an emergency would be a minor cost that could be useful if there is are visitors to the clean room that are unfamiliar with evacuation protocols.
The primary protection for personnel is the containment cabinet where the animals are handled. These are likely equipped with two separate barriers to escaping bio-contaminants. First, air in the cabinets is re-circulated through appropriate HEPA filters and re-circulated back into the cabinets. This provides protection for the animals being handled as well as the researcher. Then, all the air that exits the cabinet is drawn though similar filters and released to the outside. The conditioned air from the clean room is drawn into the cabinet as makeup air, the air from an antechamber is drawn into the clean room, and air from the outside is drawn in to the antechamber when you enter from unconditioned space.
Mixing Is OK, Reversing Direction Is Not
In every step along the way, air passes only from the entry into the clean room through filters back to the outside. In no instance is air allowed to pass back in the other direction. The temporary mixing of air only happens when persons pass from one area to the next, but should not cause air to ever reverse its course.
Research facilities that deal with extremely infectious biocontaminants will have much more detailed and elaborate protocols, and a single antechamber might be replace by multiple rooms with different levels of decontamination in each, but for most clean rooms that deal with animal research, a simple airlock/ dressing room arrangement, along with a well-designed directional air flow system, is all that is necessary for personnel safety and convenience.