Apparently the answer to the question is negative, if you believe some of the latest numbers. Although they may not like the name ‘senior,’ for our purposes here we are talking about individuals who are 50 years of age or older. They are about to enter the golden years of their lives, or may already be in them. Seniors have so much to worry about already, why should they worry about STDs? There are many reasons.
This is a generation who grew up believing that ‘nice’ people did not get venereal diseases. When they had sex outside of marriage, unwanted pregnancies were always protected by a condom. Every teen and young single man carried one in his wallet at all times. What this generation did not realize is that using condoms as birth control also prevented them from diseases.
There are millions of baby boomers who are now entering the dating arena for the first time in many years. There are widows, widowers and those recently divorced. All the women can no longer bear children, so why use a condom? We can give a list of around 10 diseases as a good excuse. 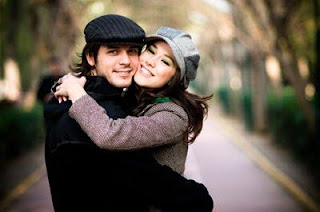 Remember to stay safe with top brands such as Mates, or Durex.
The ‘younger’ generation has been brought up more sexually active and is more open in talking with each other about sex. Women are now more assertive and are not embarrassed by health issues. Women and men boomers have questions that they are too embarrassed to even ask their doctors. We are not saying that they have to learn about the latest technical gadgets and become proficient in their use. We are saying that they need to take an active role in protecting themselves against STDs.
WEBMD.com has a blog about women over 50 having the best sex of their lives. Yet the numbers of HIV/AIDS numbers are disturbing. “An estimated 16% of new U.S. HIV/AIDS cases are among those age 50 and older, and 25% of people living with HIV/AIDS are over 50, according to the CDC (Centers for Disease Control).”
Some sex consultants say there is a rule of thumb regarding condom use for boomers. Always use a condom, first and foremost. If a man and woman find themselves in a monogamous  relationship, after three months of not sleeping with anyone else the rules can relax. However, this can happen only if each partner gets tested and shows the results of the test to the other person. No exceptions.
Both sexes need to get used to asking: have you been tested? If a woman still can’t bring herself to asking a man if he plans to use a condom, she can always protect herself by using a female condom. She can take her sexual health into her own hands. The great thing about the female condom is that it can be inserted prior to foreplay and you can still use extra lube.
The take-away to our sexy senior citizens is: go crazy – have wild monkey sex – but always use a condom.